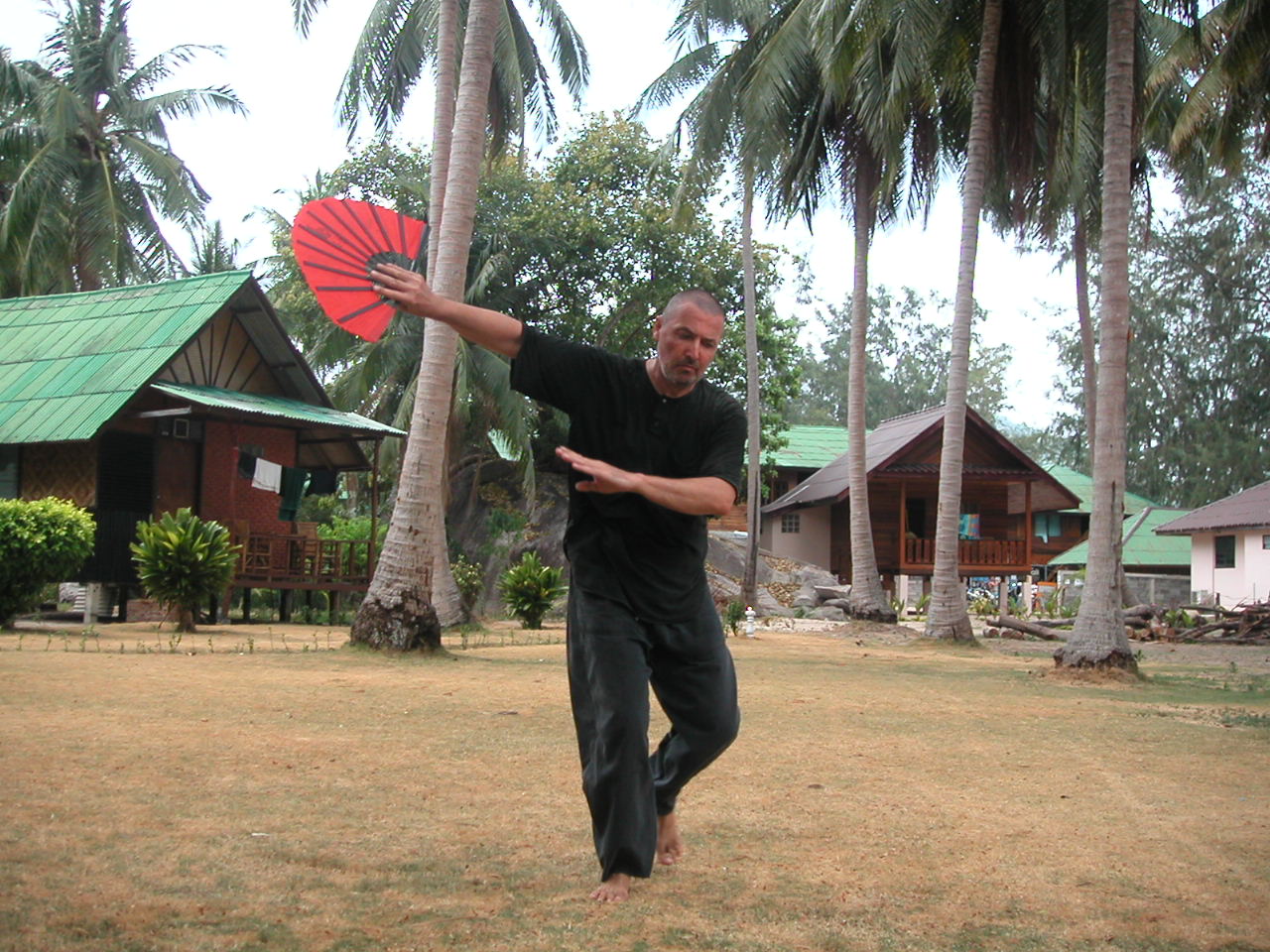 Ralph and me have known each other since the beginning of the seventies. In 1993 he gave me a registration form for a Taijiquan workshop with William C. C. Chen. It was very exciting to make the first Taiji steps under the care of such a master. I then started my course with Luis Molera, but could not finish it because of an 8-month stay on Lanzarote. Ralph visited me there and so not everything was forgotten. Since I was only for four months in Bremen before I left for Thailand, I took individual lessons with Ralph. He came to Koh Tao three months after me and stayed for a month. Since then Ralph has visited me regularly on Koh Tao, often three times a year.

In March 1998, I opened HERE & NOW and started teaching Qigong and Taijiquan. At the end of August 2001, Luis Molera came to Koh Tao, and apart from participating in his workshop, I received private lessons twice a day. During my stay in Germany in March 2003, I was very fortunate to have two workshops with William C. Chen. These eight days with Master Chen were an extremely valuable experience for me. In addition, Master Chen gave me the application for a teacher certificate and encouraged me to submit it. At that time, I thought it was not so important, but I finally did after some years. Since December 2008 I am a certified teacher for the short, long and sword form, and applications. In the years 2012, 2014, 2015, 2016, 2017 and 2018 I participated in workshops of Grandmaster Chen. 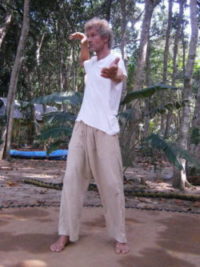 Ralph Westermann, born in 1954, began practicing Taiji in 1984 with a friend. In 1985 he met Luis Molera, who at that time still taught the Peking form and became his pupil. After several workshops Ralph received his teacher’s license in 1989 from William C. C. Chen. In 1990, he began teaching Taijiquan and traveled to Taiwan in 1994 with Luis. Two years later, he studied with Master Tan in Malaysia. Since 1996, he spent a large part of his time in Auroville, India, and Thailand, mainly on Koh Tao, to teach his longtime friend and student Martin.

Ralph has participated five times in the International Push Hands meeting in Jasnieres, France, where teachers meet from all over Europe. Ralph practiced Qigong and Traditional Thai Yoga Massage and he studied physiotherapy and acupuncture. In November 2004, Ralph and his girlfriend Andrea (she is teaching yoga) opened OMTAO on Koh Chang on the west coast of Thailand (near Ranong, on the border with Myanmar). OMTAO is open from 15 October to 15 May.
www.omtao.net 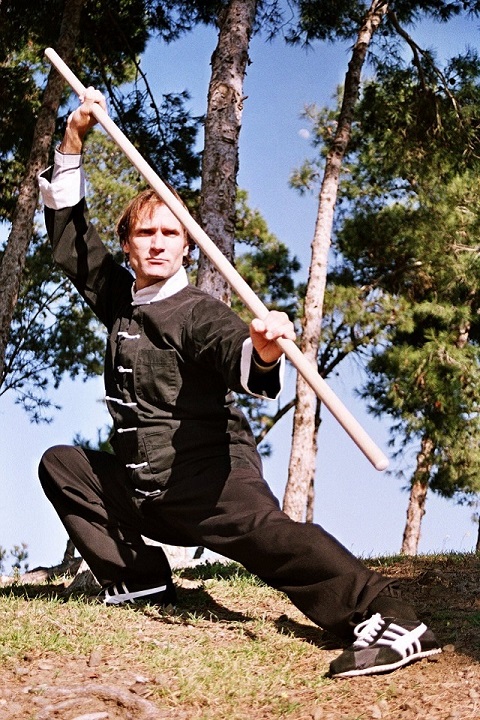 Luis Molera was born in Madrid in 1959. He began to study Taijiquan in 1980 with various teachers. In 1984 he became a pupil of William C. C. Chen and got his teacher license in 1989. Later, he became master-student of Grand Master Chen, and also studied with Sun, Chen Shiu Yao, Jeng Shean Chih, and others in Taiwan.

Luis was regularly invited by other schools to give Taijiquan workshops. He taught in Spain, England and at the International Push Hands meeting in Jasnieres, France. He was three times in Thailand to give workshops on Koh Tao and Koh Chang. Over the past few years, Luis has also successfully participated in tournaments in England, Taiwan, the Netherlands and Denmark. Luis Molera passed away on 11 May 2015. William C. C. Chen was born in 1933. One day his father took him to his friend Ch’eng Man Ching, who asked him if he wanted to learn Taijiquan. He agreed enthusiastically and became Professor Cheng’s youngest student. As early as 1953, CC Chen began teaching and was called the “baby master”, since all he taught were older than himself. From 1954 he took part in competitions and was invited to teach in Singapore in 1959, Malaysia and later to Bangkok. In 1962 Grand Master Chen moved to Hawaii. There he was appointed chief executive of the Honolulu T’ai Chi Ch’uan Association.

Professor Ch’eng Man-Ching wrote him several times in 1965, and offered him classes in Springfield and New York. After his arrival in New York, William C. C. decided to open his own studio. Grandmaster Chen still gives workshops in Germany and the Netherlands every year. “Inside Kung Fu”, the martial arts magazine, selected William C. C. Chen in 2000 as the “man of the year who will go down in history as one of the greatest and most influential stylists of his generation.”
www.williamccchen.com One named Professor Cheng Man Ch’ing a “master of five excellencies”: Taijiquan, Chinese medicine, painting, calligraphy and poetry. He preferred Taijiquan, which he learned from Yang Ch’eng-fu. When Cheng Man Ch’ing was very young, he was considered weak, and he still had a tuberculosis as a young man. Doctors could not help him, but his friends made him acquainted with Master Yang Cheng-Fu, and so he became the last student of Master Yang. For six years, he trained daily with Master Yang, he became healthy and his physical condition improved considerably.

Professor Cheng was of the opinion that Taijiquan could be of use to everyone, and so he did everything he could to spread this art. He followed the saying: “The good doctor heals people before they get sick”. In 1947 he published his book “Master Cheng’s Thirteen Chapters on T’ai Chi Ch’uan.” In the sixties, Professor Cheng Man Ch’ing opened his studio for Taijiquan in New York. He died in 1975 in Taiwan.
www.chengmanching.com